A portable band saw features a metallic serrated blade with sharp teeth, and it rotates on a two-pulley mechanism to cut different materials. The blade is stretched on two or more wheels and can make long, intricate cuts.

Although a portable band saw isn’t the first stationary power saw choice in workshops, it is one of the most versatile tools for sure. The standard portable band saw uses include cutting curves, slicing thicker lumber into the manageable piece, billet shaping, cutting metals, and what not!

However, professionals use the portable band saw mostly for irregular and decorative cuts. They also use it for resawing purposes.

Today, our discussion includes all these creative and practical uses of the portable band saw to benefit homeowners and professionals alike.

A portable band saw is so handy that you can use it to make any cuts literally. It includes applications in woodworking, metal, plumbing, and even in butchering industries. It works fast and is quickly transportable for different projects.

Metal fabrication workshops use the portable band saw to cut and shape different steels. They use a high-quality band saw with a potential blade to cut and shape them into another form to meet the project requirements.

Since the portable band saw has limited strength, and steel cutting needs immense power, the power tool’s use is restricted in structural steel cutting application.

Billets most commonly refer to the purified form of any metal. It is also known as bar stocks to professionals and common people. Manufacturers use the billets to create different metal works, and so, it needs to be cut according to the desired shape.

The tenon tongue creation is made more comfortable with the band saw. When a band saw creates the tenon joint, it is then smoothened with sandpaper and placed into the mortice hole.

Large wood such as 12″ X12″ sized lumbers is hard to manage in the workshop’s crowded place. So, most workers resaw these large lumbers into more manageable sizes such as 6″ X6″ or 4″ X3″. A portable band saw can easily rip through the large lumbers to bring it down to your desired size. So, it is a great benefit to the power tool.

Nonetheless, don’t try to cut woodblocks sized 2 feet by 3 feet or more with the portable band saw. Its motor strength and the blade don’t fit for such large cuts.

Likewise, the mortice and tenon joint, notches with purlins, are another integral part of the woodworking industry. In fact, every furniture creation would need a crack joint for a stronger bond.

Since notch joints are often performed in a tight space, large table saws won’t benefit you. Most expert woodworkers prefer using a portable band saw to make the standard notches. They use the dual guide of the band saw blade to make these notches with purlins accurately.

You should hold the band saw blade at a 30° angle to create such notches. The portable band saw will yield the best performance with such an angle and efficient cutting speed.

Truss circles and curved trusses are decorative cuts used in different ceilings and roofs. A portable band saw can create those truss circles accurately, but it would need immense patience and attention on your part.

If you don’t hesitate to invest some time and go through a meticulous cutting session, you can use the band saw to make the truss circles. Once you are ready to tradeoff your sweat for the cut, your roof will look fabulous.

You can use the portable saw to create the corbels and ends of the pergola with perfection.

Many woodworking jobs will require thin veneers instead of cumbersome and thick veneers. While the table saw and circular saws are brilliant at making thick veneers, they won’t offer you to cut the thin ones.

In Butcher and Meat Shops

Although most people don’t know, meat and butcher shops heavily use the portable band saw. However, the one portable band saw that butchers use made specially to cut meats. They use the saw to cut bones and fleshes of meat into smaller pieces for sale.

The portable band saw saves time and space with its compactness. Previously, meat shops used meat cutting machines, but these machines are costly investments and required excellent skills. A band saw with its compactness makes the meat processing job much more manageable. Also, it doesn’t need much skill and investment either.

Power circular and table saws are mostly mounted permanently in a fixed location. So, you can’t move them to cut large and non-portable materials. A portable band saw comes in handy in such cases.

You can quickly transport the portable band saw to cut those large materials into smaller pieces for portability. The lightweight construction of the band saw offers you comfortable carrying of the power saw to those materials to perform the cuts.

A portable band saw is capable of cutting metals too. Hence, it is one of the most versatile woodworking tools in the market. Nonetheless, you need to opt for an abrasive or diamond-tipped blade with the band saw to cut metal.

Also, it won’t work with thick ones since it has limited power only.

Thanks to the versatility of the portable band saw, you would see its uses in the plumbing sector too. Plumbers use the band saw to cut and shape pipes. The blade of the band saw can easily handle medium-duty pipes without deformation.

When you pick the right blade, such as carbide tipped ones with serrated teeth, you can quickly cut the pipes for different plumbing jobs. Also, you can shape it according to the project needs. It is made possible because the portable band saw can actually perform rectangular and square cuts. However, the power saw won’t work on large and thick pipes.

A scarf joint is another bread and butter cut for both the woodworking and metalworking industry. The scarf joint is used to attach two ends of two pieces when the length joint isn’t available. The portability and compactness of the band saw will come in handy in making the scarf joints.

Also, the portable band saw lets you create the scarf joint with the least effort since you can move quickly with the lightweight power tool.

Bar stocks often refer to large pieces of metal and wood that professionals cut into smaller sizes for their projects. Since these items are immobile, you can use the band saw to cut them into manageable sizes.

You can also use the portable band saw to rectify any imperfections on the bar stock by removing a thin part of it. It is an excellent advantage of the band saw that a table and worm drive circular saw can’t do.

Since the innovation of the band saw in the 1800s’ it has been one of the most preferred choices of the woodworkers to deal with the large timbers. They use the rip cutting technique to slice the wood sideways.

In this cutting technique, they can make several functional parts out of one large lumber without wasting much. Thus, the rip cutting capacity of the portable band saw will enable you to tackle large timbers without the hassle of moving them to the stationary table saw or circular saw.

The band saw has been in the woodworking and metal cutting industry for about two hundred years now. It has developed into many forms and structures to help both professionals and DIY workers with its unfathomable varieties.

The portable band saw would top the list of versatility among most of these band saw types. The portable band saw uses are virtually limitless. You can use the portable band saw for long rip cuts, straight cuts in meat shops, as well as to deal with large timbers.  Its most famous use is in different decorative cuts such as making pergola and corbel. Thus, with so many alternatives, the band saw is undoubtedly one of the bread and butter choices for the homeowners and professionals alike. 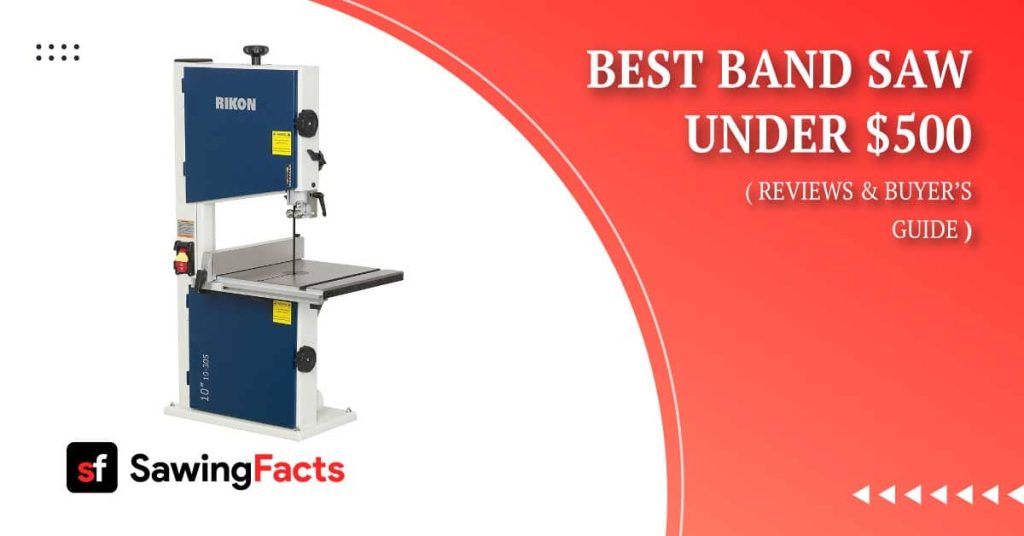